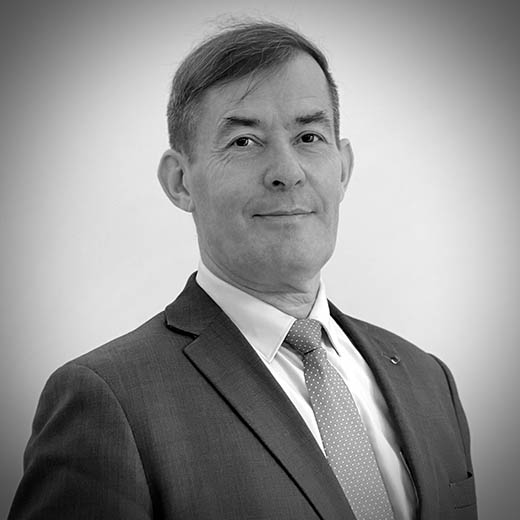 Former student of the Saint Cyr Special Military School (1980-1982), Army General (2S) Didier Castres spent most of his career in the Marine Infantry. He followed the classic beginning in the military career, alternating between staff positions, troop time and command of operational units. He became Deputy to the Special Chief of Staff of the President of the Republic from 2005 to 2009 under the terms of Presidents Chirac and then Sarkozy. He then commanded the Operations Planning and Conduct Center (CPCO) of the Armed Forces General Staff (EMA) until 2011, when he was appointed Deputy Chief of Staff “Operations” of the EMA for 5 years.

In these different functions, General Castres participated in the planning and conduct of all operations led by France, alone, in coalition or within the EU, NATO or UN framework: Afghanistan, Ivory Coast, Libya, Mali, Central African Republic, Iraq and Syria, but also on national territory. Most notably, he planned and commanded the Serval and Barkhane operations.

In 2016, he was appointed Army Inspector until July 2018. He then joined CEIS (European Company of Strategic Intelligence) to strengthen its strategy consulting activities.

Two years later, in the summer of 2020, he created the consulting firm DC TARHA CONSEIL, specialized in the field of defense and national security strategies mainly focused on African States. On September 1st 2020, he joined the ESL and Network group as senior advisor.