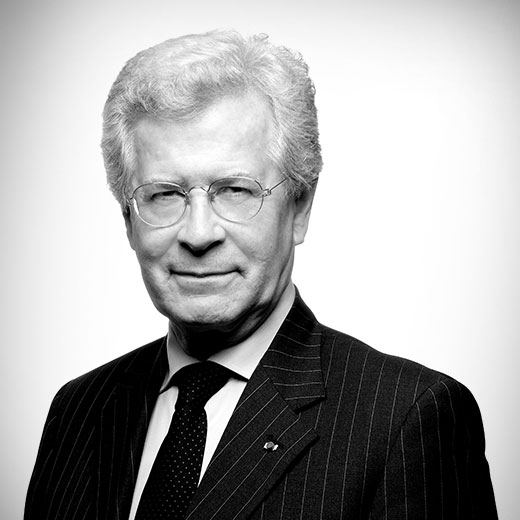 As a member of the Académie des Sciences Morales et Politiques (Academy of Human and Political Sciences) at the Institut de France, a professor at the renowned Institut d’Etudes Politiques (Sciences Po) in Paris, and an independent Senior Fellow at the Brookings Institution in Washington, D.C., Jean-David Levitte has enjoyed a distinguished diplomatic career. Joining the French Ministry of Foreign Affairs in 1970, Jean-David Levitte began his diplomatic career in Hong Kong, then moved to Peking, before being called upon by President Giscard d’Estaing to join the Elysée in 1975, where he remained until 1981. He was, between 1995 and 2000, Diplomatic Adviser and Sherpa to President Jacques Chirac, having previously occupied a number of posts at the Ministry of Foreign Affairs, notably Director General for Cultural, Scientific and Technical Relations, Director of the Department for Asia and Oceania, Assistant Director of West Africa, and French Ambassador to the United Nations in Geneva. Between 2007 and 2012, he was the Diplomatic Adviser and Sherpa to President Nicolas Sarkozy. Prior to this, between 2003 and 2007, he was French Ambassador to the US in Washington, D.C. covering the difficult period of the War in Iraq, while in 2000 to 2002, he had been French Ambassador to the UN in New York, presiding over the Security Council at the time of the terrorist attacks of 11 September 2001, and successfully negotiating the return of the arms inspectors to Iraq in 2002. Jean-David Levitte joined ESL & Network group in September 2015.