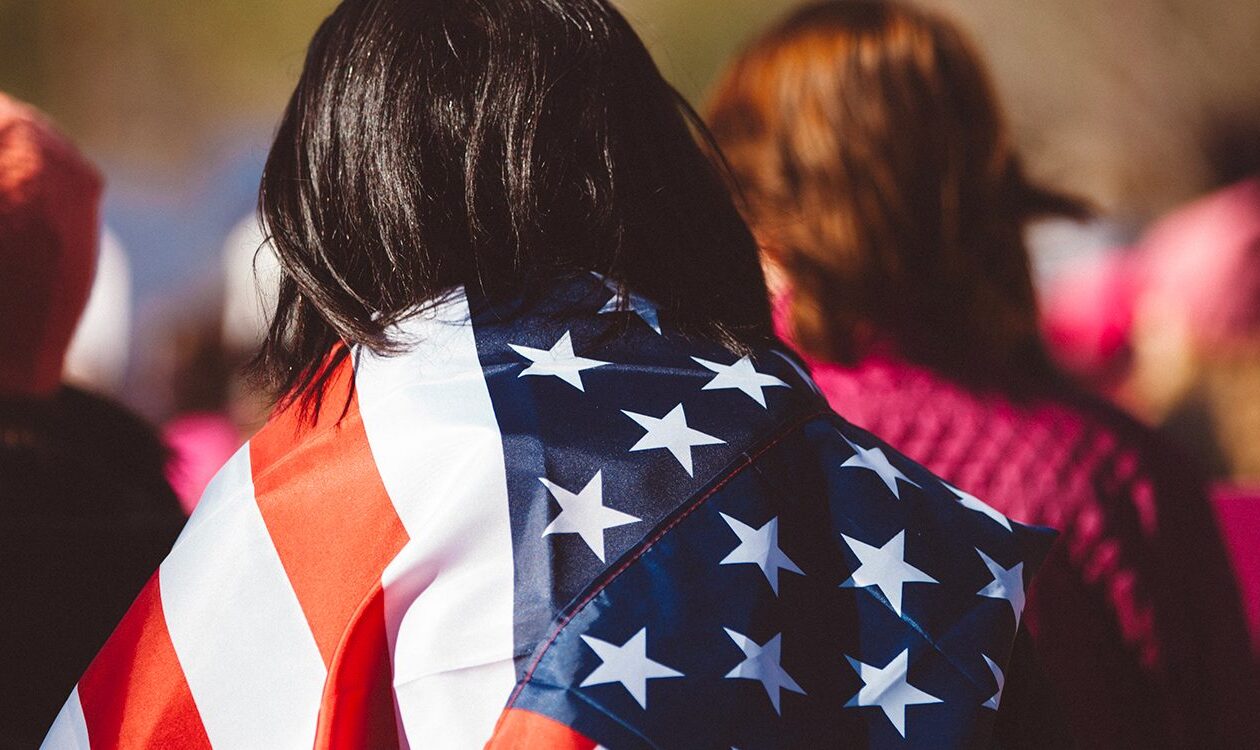 A Letter from America: the January 6th Hearings

January 6, 2021, has already been marked as an important date in the history of American democracy and the rule of law in the United States. While “ January 6 ” has not (yet) entered the popular shorthand as has ” 9/11 ” it is being pressed for that honor (or dishonor) by at least one part of the US political spectrum. Whether it laps over more widely, especially to a sizeable fraction of those Americans who identify as Republicans, is one critical question inherent to the review that has been conducted for several weeks and seven prime-time TV sessions of The U.S. House Select Committee to Investigate the January 6th Attack on the United States Capitol. Unlike the 1974 Watergate hearings, however, it is not bipartisan: only two Republican legislators are taking part in the hearings, which are not even carried by the Fox network, the leader in preaching the party line to conservatives.

Even words to describe what happened at the US Capitol on January 6 are not agreed: ranging from insurrection, attempted coup, and assault on the foundations of democracy, to a limited effort to contest results of the 2020 presidential election which happened to get out of control and exceeded “ the right of the people peaceably to assemble ” (U.S. Constitution, First Amendment.) Notably, while a heinous and insupportable assault on the legislative heart of the Nation, only a tiny fraction of Americans took part – at most two one-hundreds of one percent, and even a smaller percentage who acted violently. Regarding a potential coup, US military leaders had already spoken. At the time of Trump’s walk to St. John’s Church across from the White House, Bible in hand, top military leaders said they would oppose any extra-legal activities: no army, no coup.

The practical importance of the Select Committee’s hearings is their impact on the future of US politics and in particular this November’s mid-term elections, at both federal and state levels, and then the 2024 presidential election. On all these points, the national popular jury is very much “ still out ”.

In this observer’s opinion, there was never any chance, on January 6th or at any other point after the November 2020 presidential elections, that the election-day results (which weren’t close) would be invalidated or that the formal process of counting electoral votes would not take place, whether in the Capitol or elsewhere, on that day or soon thereafter. Arguments to the contrary are grist to some politicians’ and commentators’ mills – aided and abetted by the raucous US mainstream Media, especially TV and cable, themselves sharply divided along partisan lines. This point also needs to be borne in mind by those who see American democracy as in terminal decline, or who compare what the United States is going through now to the one truly great threat to the Republic, the 1861-65 Civil War. Even after the British burned Washington in 1814, the US government continued to function.

The House Select Committee hearings are only in part concerned with highlighting the need to buttress democratic processes, to expose hard-right anti-democratic movements and organizations, and to “ keep this from happening again ”. The central focus has become an effort to try denying Donald Trump a chance to be reelected president in 2024. Public testimony has notably included damning presentations about Trump’s role surrounding January 6th, made by former members of his administration and even his White House staff. In sum, it has fully validated charges that he was the most disreputable person ever to be president.

But is this tactic working: to use the Select Committee’s hearings to turn a critical mass of Americans against Trump’s having any further political role? Some minds will be changed as the extent of Trump’s misbehavior and questions about his mental and emotional balance are laid bare. But foreign observers can wonder why there is not already a huge majority, even within the Republican Party, that Trump should never again hold public office.

It’s first important to understand that the 74,223,369 Americans who voted for Trump in 2020 – about 9 million more than for any other candidate in US history other than Joe Biden in 2020 — were not all voting for him, far from it. Based on historical practice (in both parties), the great majority of Republicans would have voted for any GOP candidate; some genuinely liked the issues Trump has stood for – a point Democrats must not ignore; some simply did not like Biden; some did not like the Democratic Party’s expressed positions on divisive “ social ” issues; some voted for Trump as the “ law and order ” candidate; some as backlash to Black Lives Matter, the most significant flourishing of too-long bottled-up inequalities in American society; and some were heavily influenced by bread-and-butter issues where they feel disadvantaged, victims of economic change fostered in part by uncontrolled globalization. This is a new version of the resentful “ forgotten American ”, in this case mainly white working class, as opposed to other occasions of pushback by “ left-behinds ” — white, black, and brown.

Thus the Select Committee’s denigrating of Trump does not appear, at least so far, to be likely to do much to help Democrats politically, perhaps even against a Trump candidacy in 2024. Remarkably, for years there has been a separation in thinking, on the part of many Republicans, conservative media, and generally-disaffected and resentful voters, between Trump-the-person and Trump-the-political-leader, more so than ever before in US history. A good deal of that has derived from Democratic calls for Trump’s impeachment even before he took the oath of office. There was persistent “ crying wolf ”, with the predictable result that evidence about Trump’s role in January 6 does not resonate with conservative commentators and many Republicans to the degree the evidence clearly argues it should.

Trump’s refusal to accept the results of the 2020 election went to lengths not seen since 1876, and had never before produced election-contesting violence in the Nation’s capital. But there was a recent precedent for enduring denial of the results of a presidential election, though it did not turn violent. In 2016, Hillary Clinton followed the traditional practice of graciously conceding defeat; but many of her immediate staff and supporters did not accept the loss. There was widespread refusal to accept that Clinton ran an inadequate campaign and had revealed her own innermost feelings when she described half of Trump’s supporters as “ a basket of deplorables ” – a political “ own goal ” if there ever were one.

Indeed, the Democrats’ belief not just that Russia had interfered in the 2016 US election (almost certainly so), but decisively so (certainly not), was the basis for the first Trump impeachment. Republicans who don’t see Trump as inherently villainous can argue that turnabout after the 2020 election (though not the violence) has been fair play. The view that Democrats were being vindictive also clearly applied to the second Trump impeachment, only a week before his term as president expired. This was a meaningless act that was seen by many people, not just Republicans, as gratuitous “ piling on. ”

The Select Committee is also compiling evidence against Trump that, in theory, could be turned over to the Department of Justice for criminal prosecution. The practical effect, however, would be to keep Trump in the limelight for an extended period of trial, potential conviction, and then endless appeals, with resentment building on the part of a large number of Americans who may already be thinking that “ enough is enough. ” The Select Committee needs to exercise both political and common sense and resist temptation.

Observers abroad may marvel that so few congressional Republicans have supported the Select Committee’s work. But many no doubt don‘t believe what they are saying. Trump is still the “ central organizing principle ” in Republican politics and especially regarding the 2024 presidential contest. Many Republican office-holders and -seekers are toeing the line while waiting to see how revelations about Trump play out politically, especially in the Republicans’ nominating process for this year’s contested offices and then the general election, the first valid tests of popular opinion.

The extent of Republican congressional support for Trump should thus not be taken at face value. Many Republican leaders who vocally support Trump can’t be oblivious to the damage he did to the country as president – at least to social “ civility ” that no one can honestly ignore — and the further damage he is doing with his post-election antics. A strong moral sense still exists across the American political spectrum, including the general perception on the part of almost all US politicians (with some notable outliers) that America can only prosper if it always strives to be one country, not a collection of fractious and competing tribes.

More important, there is a growing list of younger Republicans who would like a shot at the presidency. If Trump were to be elected in 2024 (or got the nomination but lost the election), that would mean today’s Republican aspirants for the job would have to wait six-and-a-half years from now before having a chance to occupy the Oval Office. That fact exerts a strong compulsion to sideline Trump if possible, even if he were to have a good chance of winning in 2024, which is not at all clear.

Even if Trump himself has passed his peak as a political and cultural phenomenon – “ a consummation devoutly to be wished ” — the House Select Committee and its hearings have only been addressing one element of the Republic’s evolution: the integrity of its politics. As the basis for everything else, that is essential, including countering efforts to limit exercise of the franchise and gerrymandering. But there is also a long agenda of other unmet domestic needs, ranging from economic modernization and inequalities, race and culture, education and health, to the sine qua non, getting serious about climate change. Thus in the final analysis, the focus on January 6 is at least partly a distraction from other critical tasks.

Robert Hunter
Robert E. Hunter served as US Ambassador to NATO and as chief White House official for Europe and the Middle East. He was Senior International Consultant to Lockheed-Martin from 1998 - 2013. He has written speeches for three US presidents and three vice presidents and provides coaching in strategic planning, political and executive communications and media handling.
Voir ses articles 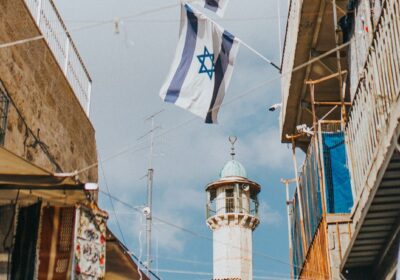