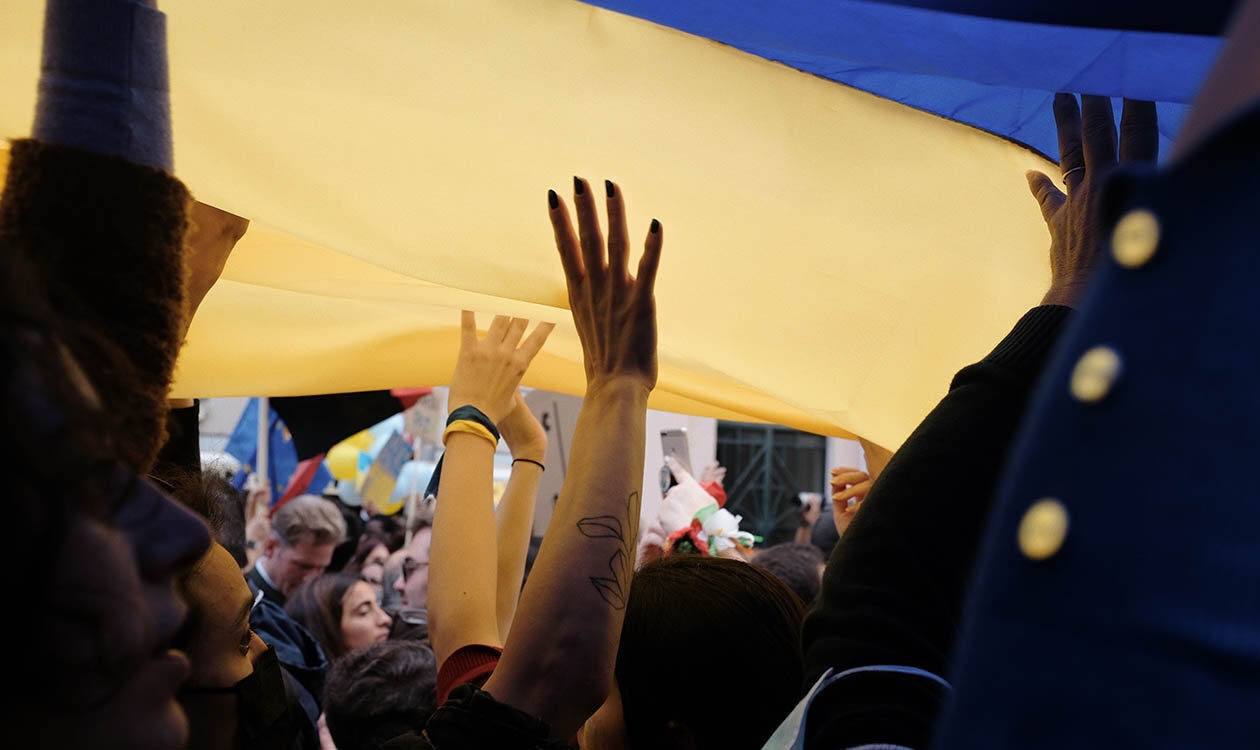 UKRAINE: a perspective following the G7 and NATO Summits

Putin’s invasion of Ukraine has marked a turning point in terms of both Western appreciation of Russia and of European security.

Following the decision in May by Sweden and Finland to join NATO, the G7 and NATO Summits mark another very significant turning point.

Any hopes of a quick end to the conflict have now been dashed. By concentrating their forces on eastern Ukraine, the Russians have been able to make slow and deliberate progress using overwhelming firepower to obliterate Ukrainian cities. That should sadly come as no surprise to anyone versed in military strategy. It does not mean Russia has won strategically (or indeed at all); it is much too early to make that sort of judgment. But it does mean the current tactical situation plays to Russian military strengths. That is, of course, partly a result of intelligent military judgment.

Putin has shown little restraint in striking other areas of Ukraine. The recent attack on a crowded shopping centre in Kremenchuk is one example of this. Other Ukrainian cities, including Kyiv, have been subject to missile attack. Threats from Russia, asymmetric or otherwise, designed to deter further NATO/Western involvement in the conflict have continued. How seriously should we take them?

To answer that question, it is important to be conscious of Russian political and military culture. Putin remains a rational actor, but within his own distorted personal cultural framework. History shows that successive Russian governments (and Tsars) have shown few scruples about inflicting suffering on their population. History also shows that Russia (and the Soviet Union) have been adept at using power as an instrument of threat. In short, power is something Russians understand and will respond to.

There is also an element in the psyche of Russian leaders that will do things because they can, rather than because they should. In this context it is important to note that Putin’s conviction that Ukraine is really part of Russia is extremely fixed.

The first conclusion to draw from this is that we are in for a long haul. Putin is unlikely to give up soon and – as several commentators have noted – we should be very cautious about accepting Russian offers of a ceasefire. They will only be made at a time that suits Russia, militarily and otherwise. That underlines the importance of continuing Western assistance to Ukraine with weapons, ammunition, training and other capabilities.

The second conclusion is that the West (and the international community in general) must be firm in resisting current Russian adventurism. Unless we are, Putin will not take us seriously. It is worth remembering that since the early 2000’s Russian National Security Strategy has included the right to intervene if it judges its citizens overseas are at risk.

Underlying this is the awkward but true reality that Ukraine will not win this war until it is able to degrade Russian capability at its source. To win it will have to give its armed forces an offensive (as opposed to just defensive) capability. That will take time. And it opens up the possibility of a broader war, into which NATO could easily get drawn.

So far, the West has done well in presenting a united front to Putin. This week’s G7 acceptance that only Ukraine can decide the terms on which it will settle for peace is an important milestone. Divisions over arms and other support to Ukraine have been managed relatively well given differences within the EU (and NATO) over the importance of various national relationships with Russia. So have sanctions – although differences between the UK/US/Canada and the EU over trading Russian gold have yet to be resolved. If the G7 meeting is anything to go by President Macron and Chancellor Scholtz have now accepted the dangers of too much open communication with Putin.

Finland and Sweden’s decision to seek membership of NATO was a fundamental game-changer. That remains true. It is good that Turkey has now lifted its objection to the two countries joining the Alliance, although the memorandum it has signed with both will provide an opportunity for it to continue to argue its position on Kurdish “terrorism”. It says it is now pursuing the extradition of 33 ‘terrorists’ from Sweden and Finland.

In many ways, though, the change in NATO’s defence posture at Madrid is even more fundamental. The new NATO Strategic Concept agreed at the Summit designates Russia as ‘the most significant direct threat to Allies’ peace and stability in the Euro-Atlantic area’. It does not change the Alliance’s defensive nature, but signals a very significant shift in military strategy. The switch from ‘deterrence by punishment’ to ‘deterrence by denial’ marks a major turning point. But it will take time and money to increase NATO’s high readiness forces from 40,000 to 300,000. And it will equally take time to increase the forces permanently stationed in the Baltics, Poland and Scandinavia to Brigade or Division strength, despite the pledges made at the Summit by the US, UK and Germany. That is potentially a period of weakness that Russia could exploit.

There will also be some awkward decisions for Western governments at home. NATO changes will mean significant increases in defence expenditure for all Allies if they are to be credible. As the new head of the British Army said this week, ‘you cannot win a war with cyber’. More than a few Allied governments (including the UK) have not yet faced up to the scale of the investment that will be required, not only for new equipment but also to replenish the arms and ammunition that have been sent to Ukraine. Expect a surge in defence business.

Expect too some difficult global political discussions. The export of Ukrainian grain and other food supplies to alleviate global food shortages is now high on the international agenda. It will take a great deal of persuasion from Russia’s friends to get Putin to agree to any arrangement allowing safe access for grain exports from the port of Odesa. That arrangement would have to be acceptable to Ukraine too. Meanwhile there is scope for companies involved in food, oil, and other commodity export to act in a responsible way to address current shortages without necessarily foregoing the large profits they are currently making.

Countries like India and Indonesia will also have an important role in maintaining pressure on Russia. Attendance at the next G20 summit in Bali in November is a current case in point.

It is not too soon to begin thinking about what should happen in the medium term. Eventually there will have to be a redefinition of European security arrangements to deal with a Russia that is no longer in any sense benign. Without that, long-term political, economic, security and military risk will remain high. It is worth reflecting that Putin started this war with the aim of demilitarising Ukraine and asking for negotiations on a new European security regime. It is also worth reflecting on whether in current circumstances Europe (and NATO) can any longer afford to have e.g. a militarised Kaliningrad in its own backyard.

There is also the question of accountability. Ukraine is most unlikely to accept any settlement that will allow Russia to get away without penalty for what it has done. So, depending on the circumstances of any cessation of hostilities, be prepared for demands and for reparations.

Ukrainian prosecutors, and the ICC, are already engaged in documenting potential war crimes. There are obvious difficulties in using either the ICC or Ukrainian domestic courts to mount sustained prosecutions for War Crimes and Crimes against Humanity. It may not be too early to think of establishing a new Tribunal perhaps under the auspices of the UN or even the Council of Europe.

Overarching everything, though, will be the willingness of the West and others to keep up the pressure on Russia for the prolonged period likely to be necessary to resolve the conflict successfully. As time goes on, and given the current cost of living crisis, the imperative to restore some sort of global economic normality will increase. It will be a matter of making the right decisions at the proper time.

Sir Stewart Eldon
Sir Stewart Eldon KCMG OBE is an adviser and commentator on international defence and security issues. He served as UK Permanent Representative to NATO; Ambassador to Ireland; and Deputy Permanent Representative to the UN in New York. He works with private and public sector clients in Africa and has led executive workshops in negotiation and diplomatic skills.
Voir ses articles