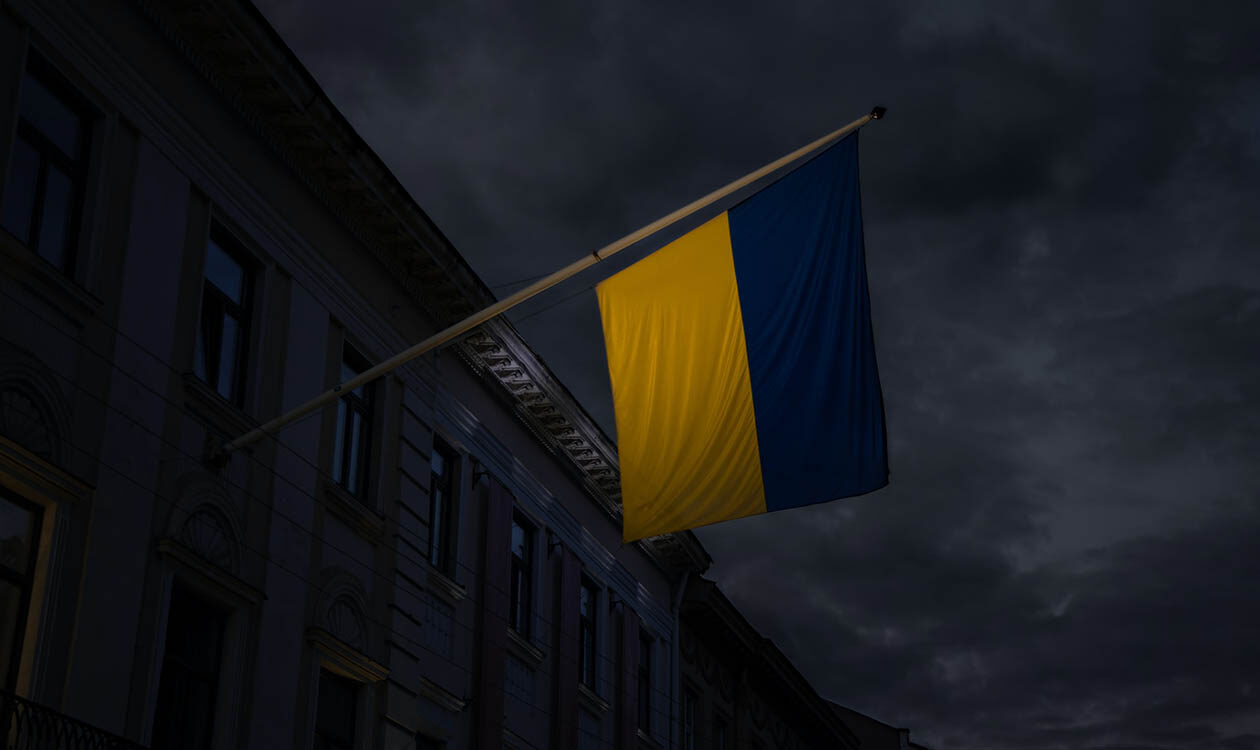 An Invasion Fuelled by Myth and Resentment: Lessons to be Learnt

Were you surprised by the Russian invasion of Ukraine on 24 February?

Those who have followed Russia from nearby can hardly be surprised. The politico-military establishment of Russia never accepted the Białowieża agreement of 1991 (between Russia, Belarus and Ukraine), which is at the heart of the demise of the USSR.  For Yeltsin that agreement was the price that had to be paid to get rid of the USSR and thus of Gorbachev. The other Soviet republics quickly followed suit and a few weeks later the USSR no longer existed – without a shot having been fired. A miracle. (The Baltic countries had not been that lucky; but they had gone their own way before the Białowieża agreement.)

Putin, upon ascending to power, quickly made clear that he shared the politico-military establishment’s resentment.

That resentment seems strongest towards Ukraine; why is that?

Russian state propaganda and school teaching of national history treat as fact the myth that Kievan Rus is the birthplace of the Russian empire. One good reason to consider that a myth is that, although Vladimir the Great’s descendants ruled his realm for generations after his death in 1015, they fought over it, as so often happened in feudal times, and very little remained of the Kievan Rus of Saint Vladimir by the time of the Mongol invasion.

Furthermore, Moscow was founded from the north, from Pskow and Novgorod notably, when Scandinavian traders were looking for good routes to the Caspian and Black Sea; Moscow was well located for their purposes. Moscow was not founded by Russians of Kiev who had fled from the Mongols to Vladimir and Suzdal, and later moved even deeper into the forests to found Moscow, as the myth has it. Russia’s Moscow princelings paid tribute to the Mongols for centuries. Ivan the Terrible, the last of the Norse house of Rurik, at first collaborated with the Mongols and then manoeuvred them out of his realm.

In the 17th century Russia, i.e., the Grand Duchy of Moscow, started its expansion.  And expand it did, in all directions. To the west and south wars were fought against the Poles, Central-Europe’s superpower at the time of their union with Lithuania, the Turks, the Swedes, and, In the 1770s, under Catherine the Great, against an army of serfs and Ukrainian Cossacks led by Pugachev. Expansion to the South led to the founding of a colony on the Black Sea called New Russia: Novaya Rossija or Novorossija. Western parts of what is now Ukraine were not part of Novorussija. They remained within the borders of Poland/Lithuania, or later the Austro-Hungarian province of Galicia or, later still, post-WW I Poland. But this changed at the end of WW II when Stalin incorporated both Novorossija and part of what had been Austrian Galicia into a new entity, Ukraine.

In short, Putin is completely wrong – as are 150 million Russians – to believe in a God given continuity from Kievan Rus to today, but his attachment to that myth explains why he yearns to recover the Ukraine of Stalin and to be seen as the worthy successor of Saint Vladimir.

The ability of the Ukrainians to resist has been a surprise to many.  Should we have foreseen this, too?

Time for some Ukrainian history! Pugachev’s rebellion was not a unique phenomenon. Ukrainians fought willingly between 1917 and 1920 in the civil war between the Reds and the Whites (read Babel’s novels!), against the Poles when they invaded after WW I, and against the forced collectivization that resulted in the Holodomor. In WW II some of them fought with the Nazis against the Russians, while others proved themselves in the Red Army.

Ukrainians are born fighters. On top of that, Ukraine may be a small piece of cake seen from Russia (the Russians call it Malorossija, small Russia) but it is nevertheless a huge chunk of land, bigger even than France. Had Putin taken all of this a bit more into account he would have thought twice.

Of course, eventually Putin can win by pouring into Ukraine more and more men and more and more weapons. The Ukrainians are outnumbered in every possible way. But they have psychology on their side: their will to fight is solid.  And Putin cannot win in the cities unless he razes them to the ground – endless Coventry’s. (The center of Kyiv containing the holiest architecture of Kievan Rus, would have to be an exception!)

Here I should mention the Russian Orthodox notion that Moscow is Kyiv’s successor as ‘the Third Rome’. Moscow’s patriarch – a political instrument ever since Peter the Great’s reforms – is ensuring that Russian believers hear every week in every church that the liberation of Kyiv is a holy and just cause, because Moscow, not Kyiv, is the Third Rome. This, too, is a myth. Russian Orthodoxy has its roots in Kyiv but is not recognized by the Constantinople patriarchate as ‘the Third Rome’. Those roots can be visited: the St. Sophia Cathedral (for good reasons named after the holiest church of Byzantium), the Pecherska Lavra monastery and St. Michael’s Monastery.

What Influence should events in Ukraine have on European attitudes and policies towards Russia?

The first lesson that must be learned is that Russia is very different from the rest of Europe. As Russians themselves like to say, they are neither Europeans nor Asians, they are Russians. This dichotomy regularly appears, in culture and in politics, in a tension between Europhiles and Slavophiles.

While the first years of Yeltsin saw a rise in Europhilia, the apparatus of state rather quickly, starting with the appearance of Prymakov as prime minister in the mid-90s, turned the clock back to Slavophilia. Any European who nurtured hopes of eternal friendship at that time should have thought again.

Secondly, European defense cooperation must be intensified. It must become more efficient and thus less costly. Military people must grow more accustomed to each other. Till now cooperation has mostly been with the Americans or via Americans. The need now is to do more among Europeans.

I’ll never forget a conference talk that I had the pleasure to give to a British audience in the early 1990s. I developed the view that European integration would eventually stretch to foreign and defense policy. The audience was scandalized: European integration in defense was out of the question! It is entirely correct that foreign and defense policies are the closest to emotions of national identity and sovereignty. So greater integration will be very, very difficult. But crises like the present are a perfect catalyst for further integration. Talks now taking place in Brussels suggest that at long last Europeans are starting to get down to real business.

I’m not that afraid of the Russians coming our way; they are far too busy with their Russki Mir (Russian world = Russian peace). But Moldova is in danger if Ukraine falls, not only because of its proximity, but because it is part of this Russki Mir. And I am worried about the Suwałki Gap.

Why then, if I’m not so afraid of the Russians coming our way, do I say we need such a strong defense capability? For a simple reason: to build a stable, neighbourly relationship with that enormous country, Russia, we absolutely need to talk with them, as before, but it must be from a position of strength composed of a strong defense capability and shared diplomatic goals. ‘Suaviter in modo, sed fortiter in re’ was our slogan at the Madrid CSCE conference in the early 1980s. We could say so at the time because NATO was strong and Western diplomacy was cohesive.  I certainly do not plead for an eternal cold war – I recognize the need for good-neighbourly relations – but I am convinced that those relations must always be based on both military strength and diplomatic cohesion.

Justus de Visser
In the course of a distinguished career in the Dutch foreign service Justus de Visser held the following posts: Deputy Head of the Atlantic and Security Directorate, Deputy Head of Mission in Moscow, Head of Strategic Planning, Director for European Integration, Ambassador to Poland and Belarus, Head of Delegation to the Organisation for Security and Cooperation in Europe (OSCE), and Ambassador to Austria and the UN (Vienna). Since retiring, he has lectured on international affairs and authored several books. His latest project is an examination of the consequences of the war in Ukraine for EU policies, internal and external.
Voir ses articles